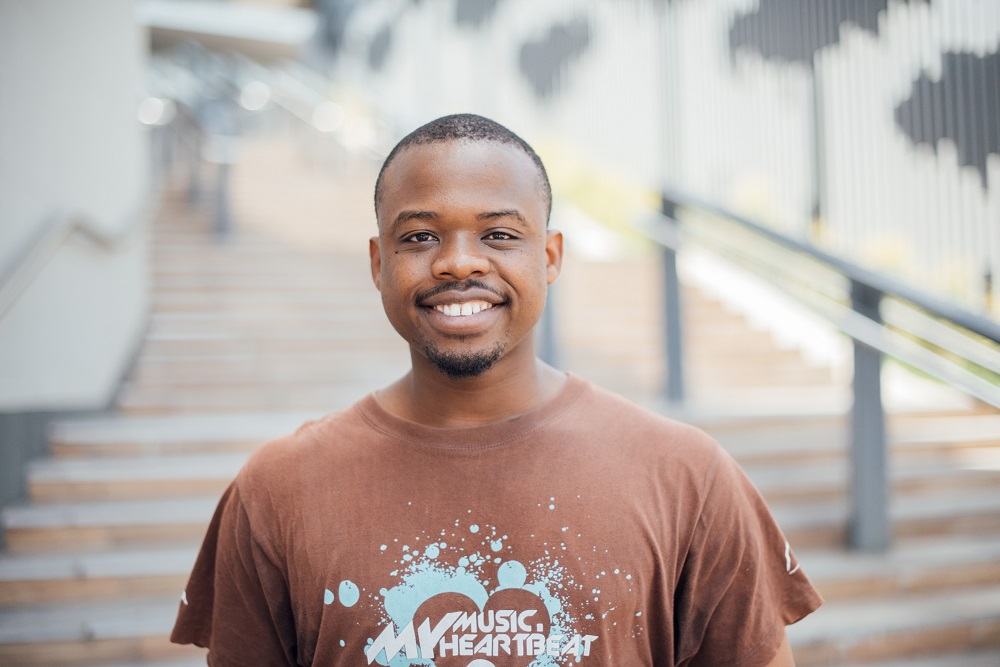 Moustaches have often been a gentleman’s signature, and this is undoubtedly the case for Noko Thobejane, who has been named the very first Mr Movember Sandton Central.

During the month of November, roving photographer and Instagrammer Alexi Portokallis roamed the Sandton Central district with his camera, snapping bros who had cultivated mos and sharing their true style on social media.

Of the 17 marvellous people to be featured – some of whom were hesitant at first but when they learned they were being photographed in support of the Movember cause jumped on board – Noko was selected as the most honoured bearer of the Mr Sandton Central Movember title.

Noko had been in Sandton Central to write an exam and still had his books tucked under his arm when he was captured by Alexi. He was rewarded for adding his mo, style and support to the Movember initiative with R2,500 in Sandton City gift vouchers for cultivating the moustache to crown all others.

“The month-long social media awareness campaign was a great experience that supported a great charity that many people here are passionate about. Sandton Central’s community came out in full support. We thank every person who put themselves out there to raise awareness and support for such an important issue,” says Elaine Jack, City Improvement District Manager of Sandton Central Management District.

While Sandton Central’s stash snap was fun, it started meaningful conversations about men’s health with every photograph. Each image and social media comment served to make it easier for men to open up and talk about issues they have traditionally found difficult to discuss, such as anxiety.

It was also a reminder that men should visit their general practitioner for a prostate health check-up. If you didn’t take the opportunity to do this in November, you should do it now. Make an appointment at one of several medical facilities in the area, including Sandown Clinic, the Medical Suites at Sandton City, and Morningside Clinic.

Back to School: Let’s get it done with time to spare

Things to do in Sandton Central this Festive Season
Dec 17, 2018