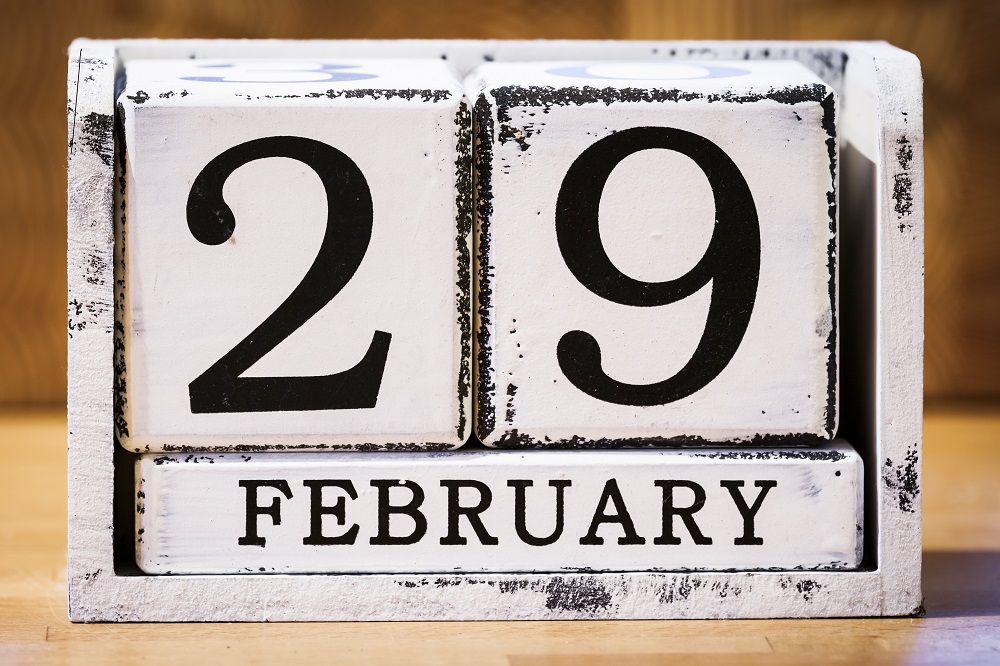 As you might already know, 2020 is a leap year, but how do leap years exist and why do we need them?

A common year (a year that is not a leap year), has 365 days whereas a leap year has 366 days with the extra day designated as 29 February. A leap year (also known as an intercalary year or bissextile year) occurs every four years to help synchronise the calendar year with the solar year (the length of time it takes the earth to complete its orbit around the sun). The earth actually takes 365 days, 5 hours, 48 minutes and 46 seconds to go completely around the sun, meaning the solar year is a messy 365.2422 days. If we didn’t have leap years, the calendar would keep slipping relative to the seasons.

When did leap year originate?

Julius Ceasar declared that the current year in 46 BC would last 455 days. Roman officials were irritated by it being the longest year in history. He instituted a new calendar called the Julian calendar which featured a 12-month, 365-day year, with a day inserted every fourth year at the end of February to make an average year of 365.25 days. But the Julian year was too long by .0078 days (11 minutes 14 seconds) because the solar year is actually 365.2422 days.

By the 16th century, Pope Gregory XIII then replaced the Julian calendar with the Gregorian calendar, which introduced a modern schedule of leap days. He adjusted the calendar by moving the date ahead by 11 days and instituted the exception to the rule for leap years. The Gregorian algorithm is explained in the next section.

Where does the phrase leap year come from?

In the common years (365-day years), fixed dates advance one day in the week per year. For example, if your birthday fell on a Saturday in 2018, then it would’ve been on a Sunday in 2019. With the insertion of leap days, dates (following February) advance two days instead of one. So, in 2020, your birthday wouldn’t fall on a Monday, but on a Tuesday instead.

When born on leap day, when is the birthday party?

Your chances of being born on a leap day are about 1 in 1,500. However, a person born on 29 February may be called a leapling, a leaper or a leap-year baby. In non-leap years, leaplings have the choice to celebrate their birthdays on either 28 February or 1 March, because imagine being restricted to only celebrate every four years…the person would be 4 years old in their 16 years of existence. Most people do prefer celebrating a leap day birthday on 1 March, believing that one can’t celebrate a birthday on the day before the actual birth-day.

The Bengali calendar of Bangladesh, as well as the Indian National Calendar, organise their leap years so that every leap day is close to 29 February in the Gregorian calendar and vice versa. The Thai solar calendar uses the Buddhist Era (BE) but has been synchronised with the Gregorian since AD 1941.

The Hindu, Chinese, and Hebrew calendars have incorporated leap months to keep up with the seasons. They move around relative to the Gregorian months and days because holidays are based on traditional calendars and still follow a lunar pattern.