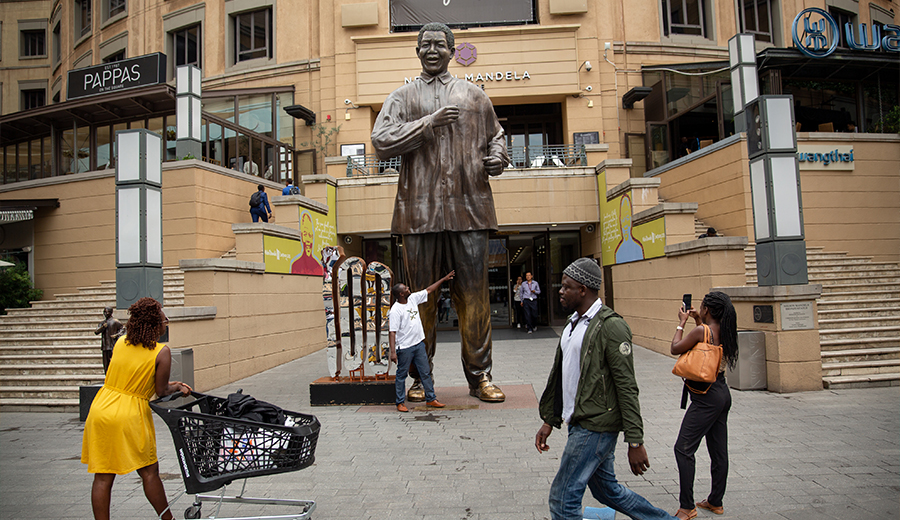 What does the word ‘freedom’ mean to you? Something to think about as we’re commemorating National Freedom Day on Tuesday, 27 April 2021. Freedom is a powerful word, and to some, it means independence. To others, it’s the ability to act and speak freely, or perhaps to go where they wish…

Whatever meaning you tie to this day, celebrate our country’s liberation and its people with us. Annually, we honour the anniversary of South Africa’s first non-racial election of 1994. For the first time, every individual, no matter their race, were allowed to vote for a government of their choice. As a country, we pledge, “Never again would a minority government impose itself on the majority”.

Overall, this special day is for South African citizens to reflect on the painful historical struggles we’ve overcome as a country and honour the students, teachers, political leaders, and everyday people who lost their lives in fighting for a democratic country. We shouldn’t remember the bitter history and the wrongs of the past only, but celebrate just how far we’ve come as a nation in building bridges to a better future for everyone.

Now that we’ve covered the groundwork and helping you understand, or reminding you, why this day is so important, let’s move to the fun part – ways to celebrate this day!

Let’s head back to the roots. Taking a trip to Robben Island might be out of the question, but at least we have Madiba right here in the centre of everything. Head to Nelson Mandela Square to spend the day with family and friends, and fellow South Africans.

Nelson Mandela Square is an open-air piazza anchored by a majestic six-metre statue of the iconic Nelson Mandela, where you can take photos or selfies to show your appreciation for our country’s history. It’s a popular attraction, and if you haven’t visited the site yet, you should definitely make a point to do so.

The statue is not the only viewing, but the Square continues to be one of Africa’s most exclusive dining and lifestyle destinations. It infuses local heritage with international flavour and celebrates Afro-cosmopolitan style – where flavour meets fusion, where cultural vibrancy, elegance and creativity merge. A genuinely African treasure!

Grab lunch at any of these 10 restaurants and admire other unique individuals roaming the large open space – Cappino, Cilantros, Hard Rock Café, Nonna’s Italian Kitchen, Pappas on the Square, Rocomamas, Tashas, The Big Mouth, The Butcher Shop and Grill, or Trumps Grillhouse and Butchery. So what mood are you in? An excellent South African steak, the best French wine, the most generous Greek platters, authentic Mediterranean cooking, or leisurely cups of creamy Italian coffee…

When it comes to luxury brands and covetable objects, patrons at Nelson Mandela Square are spoilt for choice. Swing by to shop everything from curios to culture, art, toys, jewellery and fashion couture, including boutiques, shops and salons.

It sounds like an adventurous excursion, doesn’t it?! We hope to see you there; however, Happy Freedom Day, Sandton Central!

Things to do in Sandton Central this Festive Season
Dec 17, 2018