Upcoming RICS Summit Africa 2019 to focus on impact investing, collaboration and innovation
14 May 2019

The Royal Institution of Chartered Surveyors (RICS) Summit Africa 2019 has a powerful line-up of speakers for the event, taking take place later this month (29 - 30 May) at the Maslow Hotel in Sandton Central, South Africa’s financial hub.

Some 18 keynote speakers and panellists have already been confirmed for the annual summit, which is now in its fifth year and has established itself as a leading annual forum on Africa’s built environment sector.

Investing with Impact – Collaboration and Innovation is the theme for this year’s event, which brings together more than 250 executives and professionals in the built environment sector, including business and thought leaders, policy makers and other key influencers to discuss pertinent issues and opportunities around urban development, infrastructure and real estate.
The major sponsor of RICS Summit Africa 2019 on 30 May and the Networking Cocktail Reception the night before is Broll Property Group. Other key sponsors include CBRE Excellerate, the Green Building Council South Africa (GBCSA) and the International Finance Corporation (IFC). The IFC has also partnered with the GBCSA and RICS to host an EDGE (Excellence in Design for Greener Efficiencies) workshop a day before the summit on 28 May.

“We are excited to have an excellent line-up of speakers, together with strong support from major industry players and partners as part of the RICS Summit Africa 2019 event. Collaboration and innovation are integral to taking Africa forward to boost economic growth; and, sustainable infrastructure development, and the built environment sector are a key part of it all,” says TC Chetty, RICS Country Manager for South Africa, the host country of the summit.

Day-one of the summit on 29 May kicks off with a technical building tour. The Marc – a glistening new development by Eris Property Group on the corner of Maude Street and Rivonia Road in Sandton Central, is the site of this year’s technical building tour, jointly sponsored by Eris and AECOM. The first day ends off with the Networking Cocktail Reception at the Maslow Hotel.

Day-two of the summit will see a power-packed conference programme, including keynote addresses, insightful panel discussions and breakaway sessions.

The EDGE workshop, which precedes the start of the summit and will be hosted at the IFC’s offices in Illovo, Johannesburg, is a full-day workshop that will give delegates a bite-size introduction to the EDGE tool and the benefits of EDGE certification. The session is not only open to RICS Summit Africa delegates; however, booking is essential.

RICS is a London-based global professional body that promotes and enforces the highest qualifications and standards in the areas of land, real estate, construction and infrastructure. As a public benefit organisation, RICS operates in all the world’s major financial hubs in delivering international standards and policy influence.
RICS Summit Africa this year is again supported by the International Facilities Management Association (IFMA).
 For more information on the summit or to book your seat go to https://rics.org/summitafrica
 For more information or to register for EDGE workshop go to https://gbcsa.org.za/train/workshops/edge-expert/ 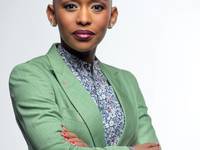