Continuous vandalism and theft of road infrastructure is placing a strain on the City of Joburg’s economy and resources. The City of Joburg (CoJ), is a leading African City and an economic hub. The Johannesburg Roads Agency (JRA) is responsible for traffic lights in the CoJ, however, it is faced with a mammoth task to save these assets from the rampant theft and vandalism of cables. The JRA manages a total of 2300 signalised intersections, which are on municipal roads (M) and provincial roads (R). Almost all of these traffic lights are supplied from the power grid. A typical signalised intersection is made up of a number of components, both tangible and intangible. The tangibles range from signal poles, heads with globes, cables, traffic controllers, sensors, detectors and Uninterruptible Power Supply (CoJ UPS) units. Components that cannot be seen are power supply to signals, signal timings configurations, traffic adaptation capabilities and data disseminated by the signals. The primary responsibility of a traffic signal is to assist in traffic management to aid mobility, provide safety and reduce congestion.

The focus of traffic signals maintenance centres is around reduction of traffic signals downtime. This is intended to reduce travel times of commuters from their point of origin to their intended destination. To achieve this, the JRA aims to prioritise proactive maintenance, visiting each traffic signal at least once a month. This alone assist to reduce the number of data recorded as problems that can beset the traffic lights will be identified sooner. Furthermore, our Remote Monitoring System (RMS) assist with identifying faults, allowing for the technicians to be dispatched to resolve the faults before they are reported.

In the last three (3) financial years, the JRA has lost in excess of R37 million due to theft and vandalism to traffic signals related assets. This financial year alone, 2020/21, there are already 196 intersections vandalised with an estimated cost of damages at more than R20 million that will be spent replace or rebuild what is already damaged.

The theft and vandalism of our assets lead to traffic signals downtime, which subsequently lead to the bad user experience of the network, accidents and huge cost to rebuild and replace the stolen equipment, further leading to denying service to those communities who could have benefited with new installations.

Criminals and unscrupulous traders are costing the City’s economy losses amounting to millions. To rebuild an intersection can cost between R80 000 to R400 000. For example, intersections such as Wemmerpan and N17 that gets vandalised every 3 weeks after rebuilding or replacements. The JRA has attended to intersection more than 12 times at a cost of more than R2,5m.

About the Johannesburg Roads Agency (JRA) The JRA is a City-owned agency responsible for the maintenance, repair and development of Johannesburg’s road network and storm water infrastructure, including bridges and culverts, traffic lights and signage. The organisation is committed to providing quality roads that are accessible, safe and liveable for our communities. 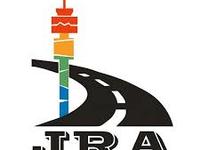