The event, which takes place from 29-30 May in Sandton Central, Johannesburg, is expected to attract more than 250 leading industry professionals to network and discuss key issues and opportunities around urban development, infrastructure and real estate in Africa.

“As a progressive and proudly Pan-African business, with a presence in 16 countries across Sub-Saharan Africa and the Indian Ocean islands, it makes sense for Broll to be the headline sponsor of RICS Summit Africa 2019. RICS is a globally recognised organisation in the built environment space and the summit has been established as an influential annual industry forum on the continent,” says Malcolm Horne, CEO of Broll Property Group.

Jess Cleland, Divisional Director of East Africa and Indian Ocean at Broll Property Group, will be one of the keynote speakers at RICS Summit Africa 2019. She will be part of a panel discussion titled - The urban utopia: Shaping our future cities. Joining her on the panel will be Tara Shirvani, of the European Bank for Reconstruction and Development; and, Komani Mfuni of Betapoint.

Cleland comments: “The panel will look at how mass urbanisation in Africa is shaping future cities, and is sure to be a thought-provoking session. As an industry, we want to design clever solutions that leapfrog some of Africa’s challenges, and there are plenty of successful examples of this from around the continent. Key considerations during the panel discussion will be around infrastructure; technological innovation; the youth; the role of city leaders in melding strategic investment planning with governance mechanisms; and, new financing tools to shape cities of tomorrow.”

Notes Cleland: “With Africa’s population growth and mass urbanisation presenting both challenges and opportunities for cities, it is up to us in the broader built environment sector to come up with intelligent solutions to deal with the challenges, while also appreciating the opportunities. RICS Summit Africa is an important platform for leaders in the built environment sector to deliberate on key issues and opportunities around Africa’s urban future, including infrastructure development; housing and commercial real estate; and, environmental sustainability in our cities.” 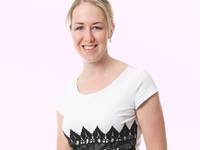