A City of Johannesburg Media Statement by the Executive Mayor, Clir Herman Mashaba

l am happy to report to the residents of the City of Johannesburg that repair work on the closed section of the M2 Highway will be completed on the 30th of October 2019, as planned.

A ceremony will be held to mark this important occasion, at which point an operational plan will be announced and rolled out over the weekend to ensure that the motorway is fully operational and opened to motorists on the 4th of November.

In August 2018, the Johannesburg Roads Agency (JRA) started the R58 million emergency repairs to sections of the motorway after continues assessment revealed that the structural integrity of the concrete elements were severely reduced.

Causing major inconvenience to businesses and residents alike, we had to take the decision to shut down the M2 in order to protect the lives of our residents.

I stood on that bridge, | felt the vibrations, and | saw first-hand the cracks in the supporting structures. There is no doubt that this was a life-saving and very necessary decision.

However, | am proud to announce that we have kept to our commitment of reopening the bridge at the end of October 2019.

Furthermore, | plan on visiting the bridge myself on 30 October 2019 before the lanes are opened to the public.

The condition of roads across the City of Johannesburg have been a matter of concern to me, not only do they need to be safe for public use, they are integral to connecting our residents who commute daily.

The M2 is one of the main motorways which link N3 and M1 with the city and the western parts of Johannesburg.

If the budget for rehabilitation was not carried out soon and the section of bridge collapsed, the M2 Motorway would have been closed to traffic and the congestion on roads around and in the inner city would have dramatically increased.

This in turn could have had severe consequences on the economy and mobility of citizens and visitors of the City of Johannesburg.

With over 900 bridges and only 6% of them in good condition, it is no wonder that they are crumbling to the point of requiring emergency repairs.

This is why the multi-party government has shifted the budget towards increased repairs and maintenance across the City.

When we took over this administration in 2016, we discovered a shocking R170 billion infrastructure backlog which includes our road network, Furthermore, at that time, the City only spent around 2% of the value of our fixed assets on repairs and maintenance when National Treasury stipulates this to be at around 8% annually,

Currently, we have been able to up spending to over 4% and we will continue to work to increase this percentage and bring Diphetogo to our residents. 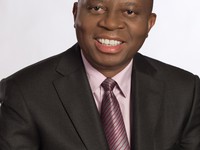