In the past week, there has been much confusion in the media about the fate of the Outsurance pointsmen and women in the City of Johannesburg.

The City needs to ensure that the correct facts are communicated to its residents and lay any rumors to rest:

The City has since had a Private-Public-Partnership contract (PPP contract) with Traffic Free Flow (TFF) (Pty) Ltd, who is mainly sponsored by Outsurance to provide additional traffic poinstmen and women alongside the Johannesburg Metropolitan Police Department (JMPD) in the City.

One of the terms agreed to between TFF and the City is that the PPP contract is a fixed term arrangement and would have ended by the 31st of August 2018. Both TFF and the City were clear on that aspect since inception. In order for the traffic pointsmen and women to continue providing this service, the City was required to comply with supply chain and procurement processes, as any extension of this PPP contract without due process would be illegal.

Municipal governments are highly regulated in terms of national legislation and regulation. Since the 2016 elections, Johannesburg, under the DA-led coalition government is proud of being a transparent and accountable government. Therefore, the City was duty bound to ensure that such due processes are correctly followed.

It is with regret that we note the recent statement by TFF insinuating that the City had “cancelled” the PPP contract and is unwilling to renew the contract, which will see Joburg descend into traffic chaos. This is indeed not true. In fact, the City has sought to find legitimate ways to extend this PPP contract with TFF so that the residents of Johannesburg can continue to enjoy the services provided by the Outsurance pointsmen and women across the City.

The City was also not in a position to make such announcements before formal process and documentation have been finalised, which we have now concluded.

Public Safety MMC Michael Sun says “We want to reiterate the City’s position, that our residents’ interests come first. We are in the process of improving the traffic management services that Joburg road users will receive, this includes an upgrade of the service level by private service providers having traffic management partnerships with the City. JMPD has also recently recruited 180 Traffic Wardens to bolster its traffic management functions”.

TFF will be offered an opportunity to extend its PPP contract for a further period of six months, by which time the City should have concluded its supply chain and procurement processes. This means that a new tender would be awarded to the best suitable PPP service provider to assist the JMPD in traffic management.

MMC Sun says “We want to thank all the Outsurance traffic pointsmen and women for their hard work and contribution in making Joburg motoring easier and saving our residents many valuable hours on the busy roads”.

The JMPD will continue to conduct traffic management duties as part of its legislative mandate and ensure that Joburg roads are easy and safe to travel on. 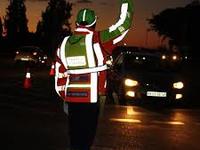