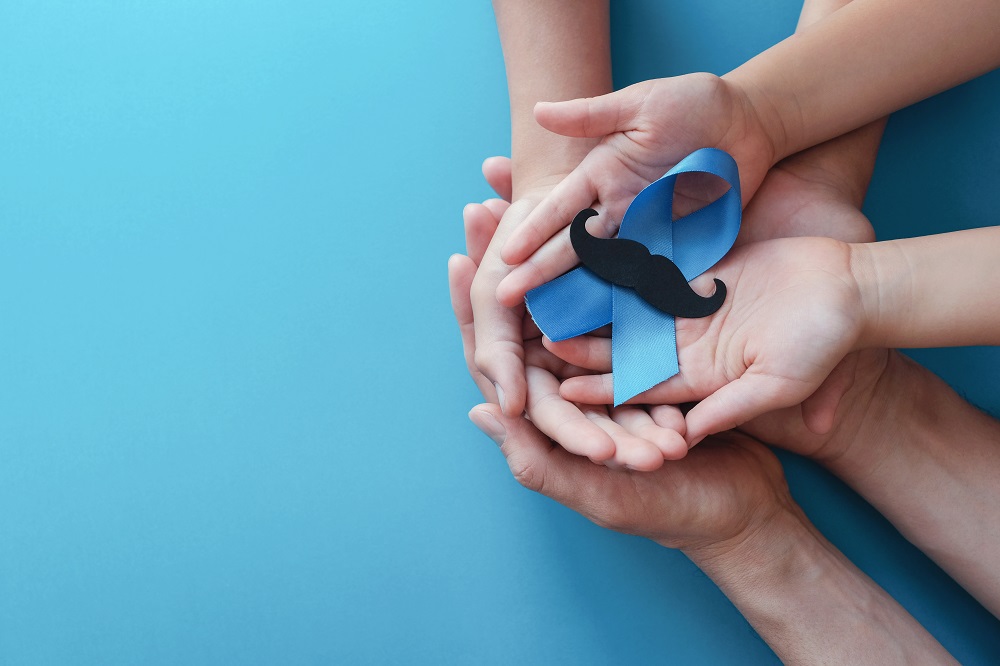 From Eddie Murphy to Salvador Dali and Martin Luther King to Freddy Mercury, moustaches have often been a gentleman’s signature. And now they’ve come to represent men’s health issues.

Movember is that all-important unofficially named month where men take stock of their health. It’s about issues, specifically, such as testicular and prostate cancer.

Sadly, various forms of cancers affect people younger and younger than in many years past. Causes? Unknown as yet, though some suspect it has to do with increased cellular tower activity (and indeed there does seem to be a case in how living in close proximity to a cellular tower increases risk).

Regardless, the celebration and awareness of men’s health are represented by a man growing a ‘stache (women are welcome to join in simply by snipping a bit of their hair and glueing it to their upper lip).

A gent is welcome to visit the myriad of hairstylists at Sandton City – an essential part of our Sandton Central district.

There are various styles of moustaches he may decide to try. Here are our suggestions:

The Horseshoe.
Horseshoes are like rabbit’s feet, they’re regarded as being lucky (not so much for the poor bunny, if you only take one foot, he’ll be hopping in circles). So perhaps you’d like some of that luck yourself. They’re easy to grow as well… simply grow a goatee, without the chin part!

The Handlebar.
Fancy yourself as a bit of a drinks mixer? Good at serving draughts of beer? Make an excellent listener to people about their life issues? Then you have what it takes to grow a handlebar moustache.
A favourite of bartenders everywhere (in the 1880s), it has the good ol’ Western vibe about it. It’s good for those who like duels at high noon, too. One (permanent) way to solve differences in the office. 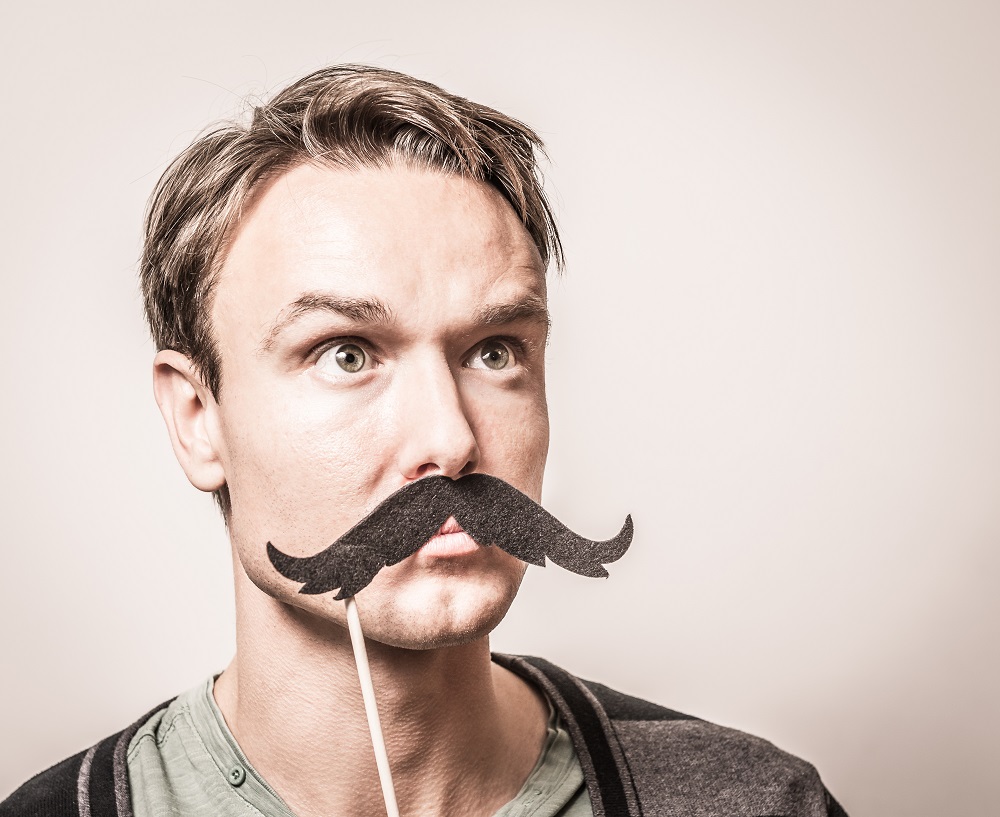 Pencil moustache
So called because it genuinely resembles a pencil in width. Made famous by one Gomez Addams – the patriarch of the Addams family – it is easy to sculpture and has a finesse about it that also makes it popular with swashbuckling swordsmen like the folklore heroes of Hollywood yesteryear. Think Robin Hood: Men in Tights or Wesley from The Princess Bride. It can be creepy or dashing depending on who’s wearing it. If you’re more the Addams type, rather grow something else. 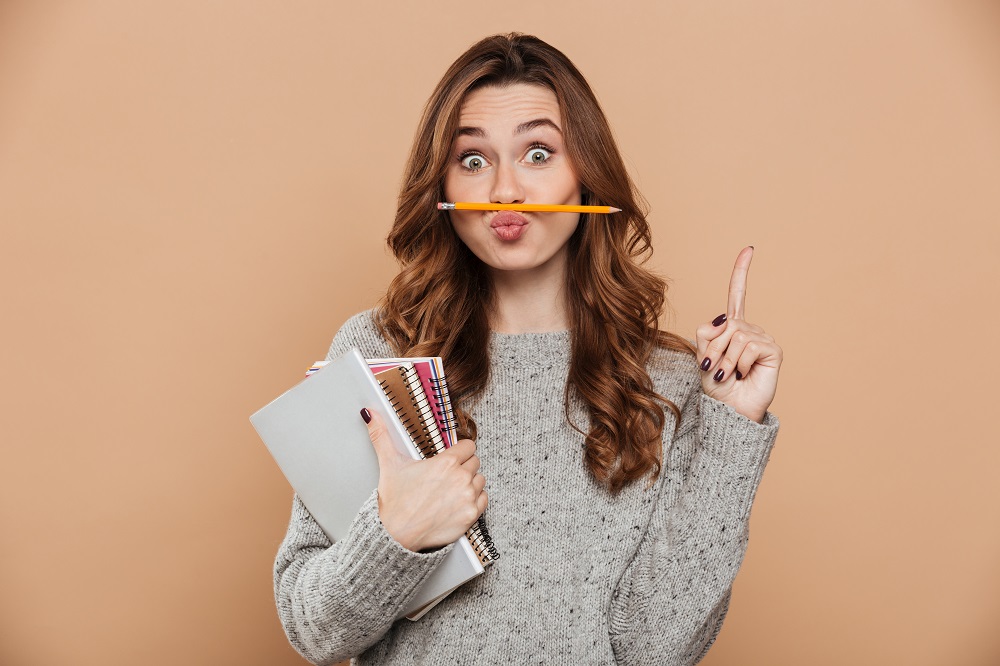 The Walrus
So named because it resembles a certain aquatic mammal’s facial features (the clue’s in the name). It is popular with men who want to appear larger than life – or simply want extra presence in a room.

Or perhaps it’s for the man who is into the environment and protecting our marine life and shows solidarity not just with men’s health but the health of our animals too. 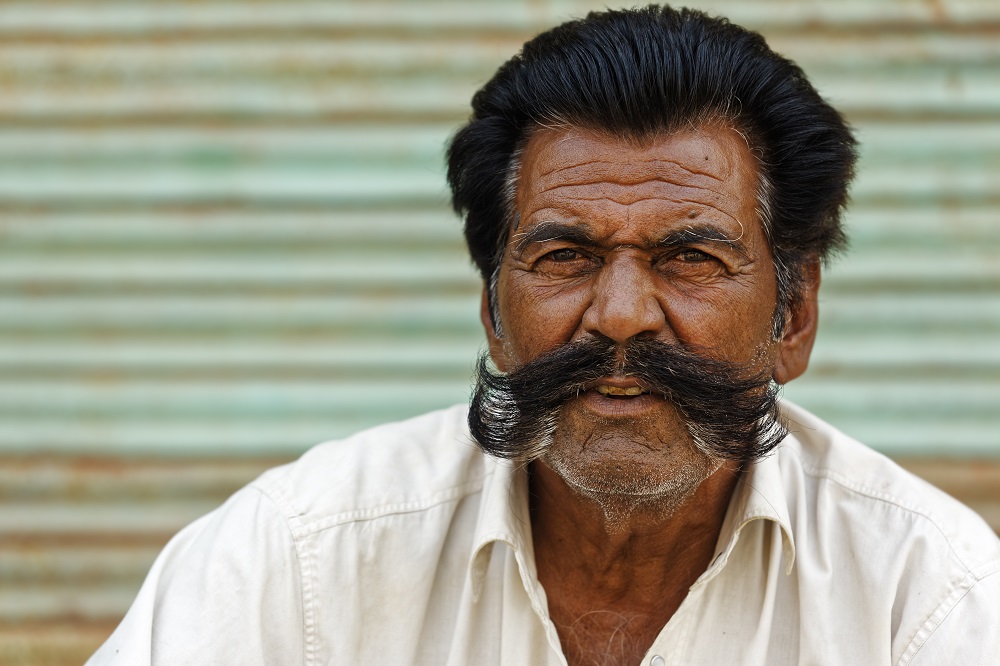 The Chevron (a.k.a the Magnum P.I.)
Now this is a ‘stache for the ages! Made famous by Tom Selleck (above) when he played the main lead in Magnum P.I., it is a bold moustache that states its masculinity in a noble, badge-of-honour kind of way.

When you wear this moustache, if you can pull it off, you are not only showing ardent support for men’s health, but also displaying your sexiness for all to see.

Freddy Mercury also wore one later in his career, which helped make it iconic.

If you’re suave and you know it, wear it with pride. 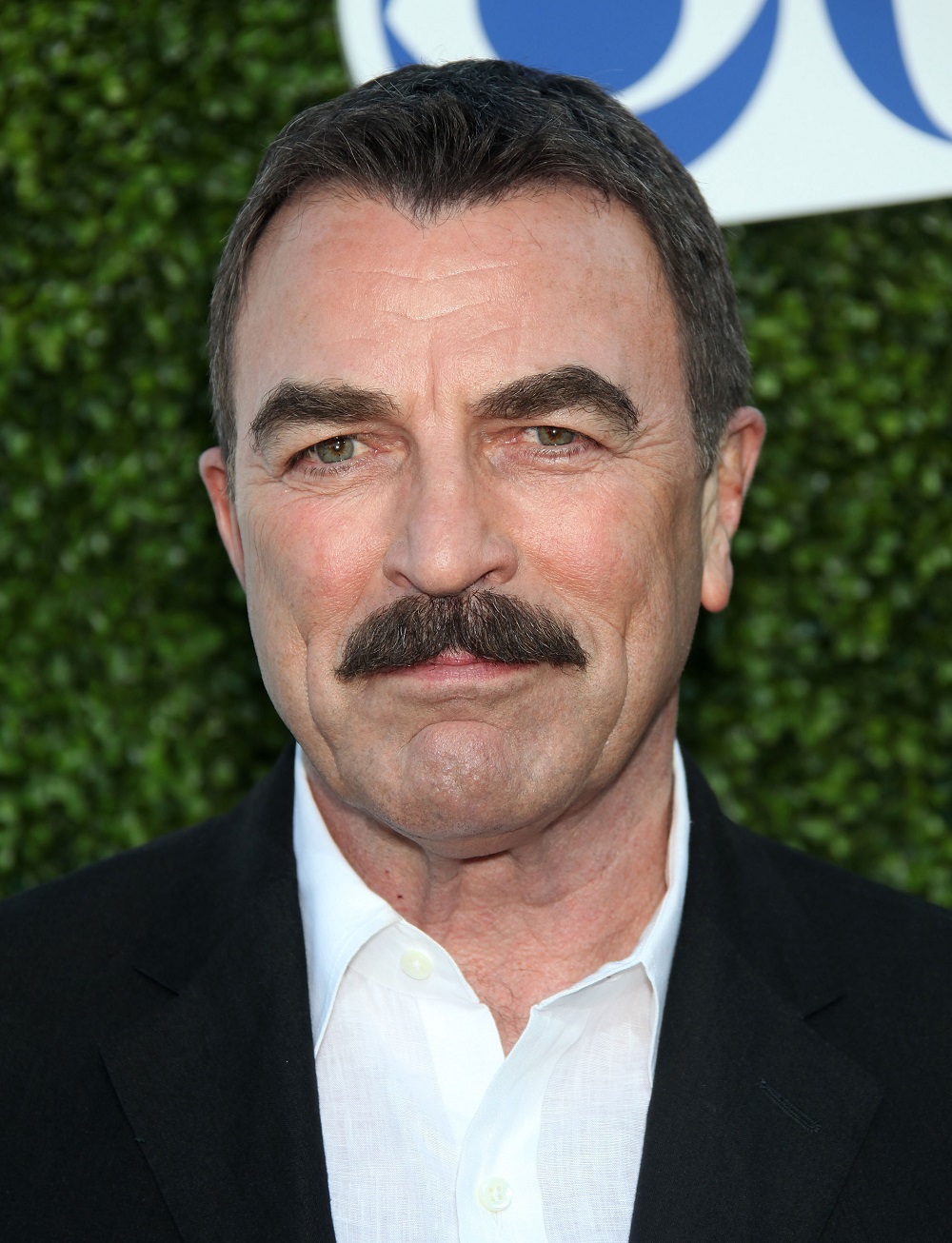 The Fu Manchu
Do you have ambitions of world domination? Full of evil plots? Like ingenious and overly complicated devices in order to destroy heroes that have some escapable flaw? But still, you know, care about men’s health?

Grow a Fu Manchu. So-named after the villainous character, it was also popular with the Mongols (and they certainly achieved a lot – like conquering more territory than any other people ever in the history of the world). 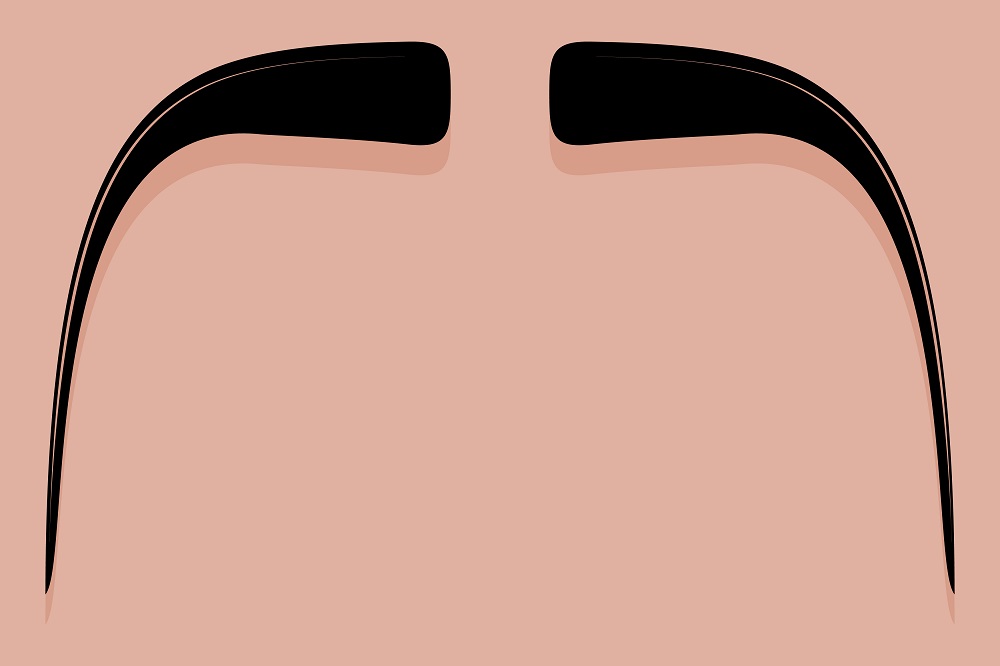 So if you’re into taking on imperial secret agents or simply conquering half the known world, try one of these on for size.

Whatever moustache you decide to wear, wear it proudly. Because you’re showing you care about men’s health. And continue to do so by joining a group dedicated to men’s health and / or contributing to a related health fund.

In addition, Sandton Central is having its own Movember celebtration:

And this November, sorry, Movember – from 16 October to 29 November, to be precise – Sandton Central is delighted to have roving photographer and Instagrammer Alexi Portokallis prowling the district with his camera, snapping gents – and perhaps the occasional passing bearded lady – with impressive upper-lip adornment, in search of Mr Movember Sandton Central.

Yes, it’s time to grow your mo, your bead or any other facial whiskers you are able to cultivate.

Sandton’s most marvellously moustachioed chaps stand the chance of winning R2,500 cash, and being declared proud caretaker of the moustache to crown all moustaches. However, you don’t need to be Einstein – or to wear his moustache – to realise that they’ll also be supporting the life-saving Movember men’s health initiative, with its particular focus on prostate cancer awareness.

“We know very well that here in Sandton we’re surrounded by the cream of the country’s innovators and big thinkers. Now we’re hoping to be amazed by their creativity, whatever their particular brand of mo magic, and even to have a giggle,” says Elaine Jack, City Improvement District Manager of Sandton Central Management District.

“But on the serious side, we’re truly hoping to make a difference to men’s health, increasing not only awareness of both prostate cancer and male suicide, but also encouraging vital donations to the Movember campaign,” notes Jack.

Alexi will be taking mo-photos on the streets and in the malls of Sandton Central, but should a fledgling Freddie Mercury or a carefully curated Charlie Chaplin wish to flag their support and ensure their entry to the competition, then images can be sent via social media – on Facebook, Twitter, or Instagram – tagging #SandtonCentral.

To join the Sandton team, go the Movember site at https://za.movember.com/team/2341859 .You will also be able to get occasional tips as to Alexi’s location on Instagram by following @SandtonCentral and @alexioso.

As for the most celebrated local lip warmers, well, that’s up to you.

While Sandton Central’s stash snap is all about fun, it’s also a reminder that men should visit their general practitioner for a prostate health check-up or make an appointment at one of several medical facilities in the area, including: Sandown Clinic, the Medical Suites at Sandton City, and Morningside Clinic.

If you have any of the above symptoms, it’s a good idea to get checked out. Early detection increases your chance of making a recovery.

Make celebrating Father’s Day into a work of art
Jun 4, 2018